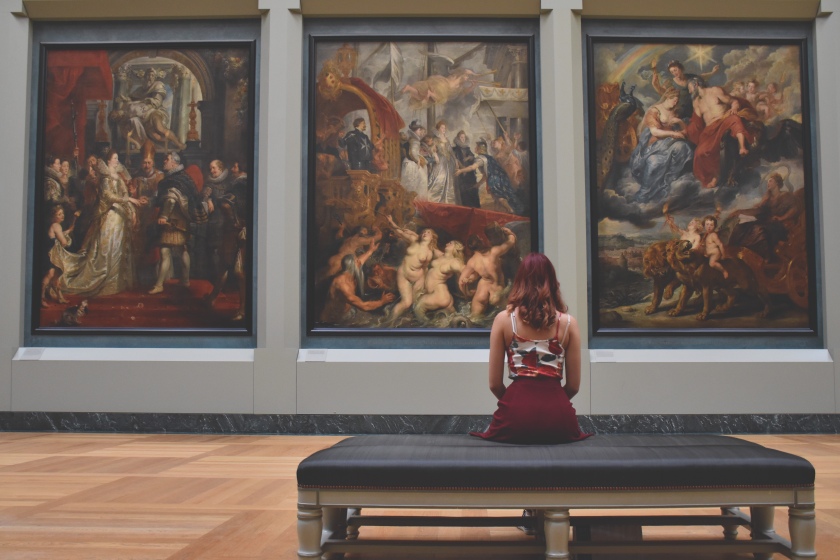 Recently, my family and I had the opportunity to see the underwater archaeological exhibit, Sunken Cities: Egypt’s Lost Worlds. The exhibit, which is self-paced, featured a number of artifacts recovered from the bottom of the Mediterranean, off the coast of the Nile Delta, in a city comparable to the mythology of Atlantis. 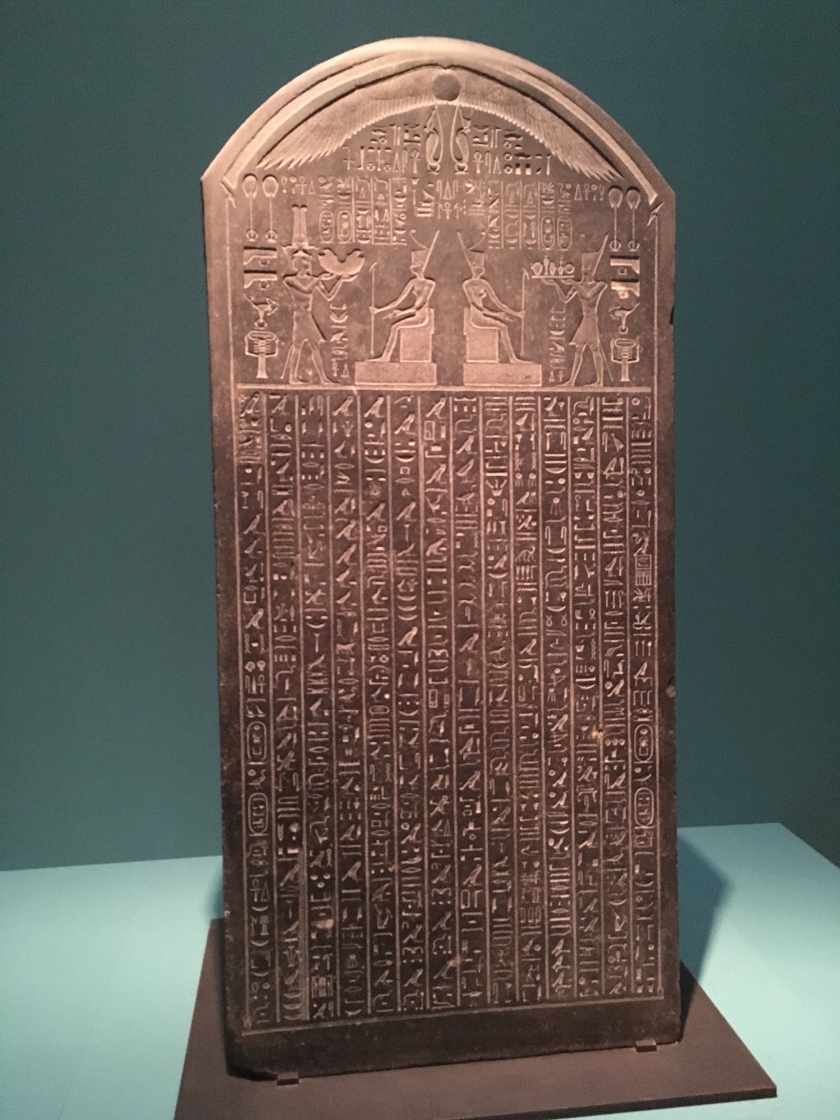 This stele is an example of one of the treasures recovered and holds a rich history behind those hieroglyphs which reveals that this lost city, Heracleion, was a major port in Ancient Egypt, both for trade, for taxes, and as a religious center. The exhibit had an optional film (1 hour) which was a wonderful overview of the excavation process by Franck Goddio and his team in Aboukir Bay, Egypt.

One of my favorite pieces from the collection was this statue: 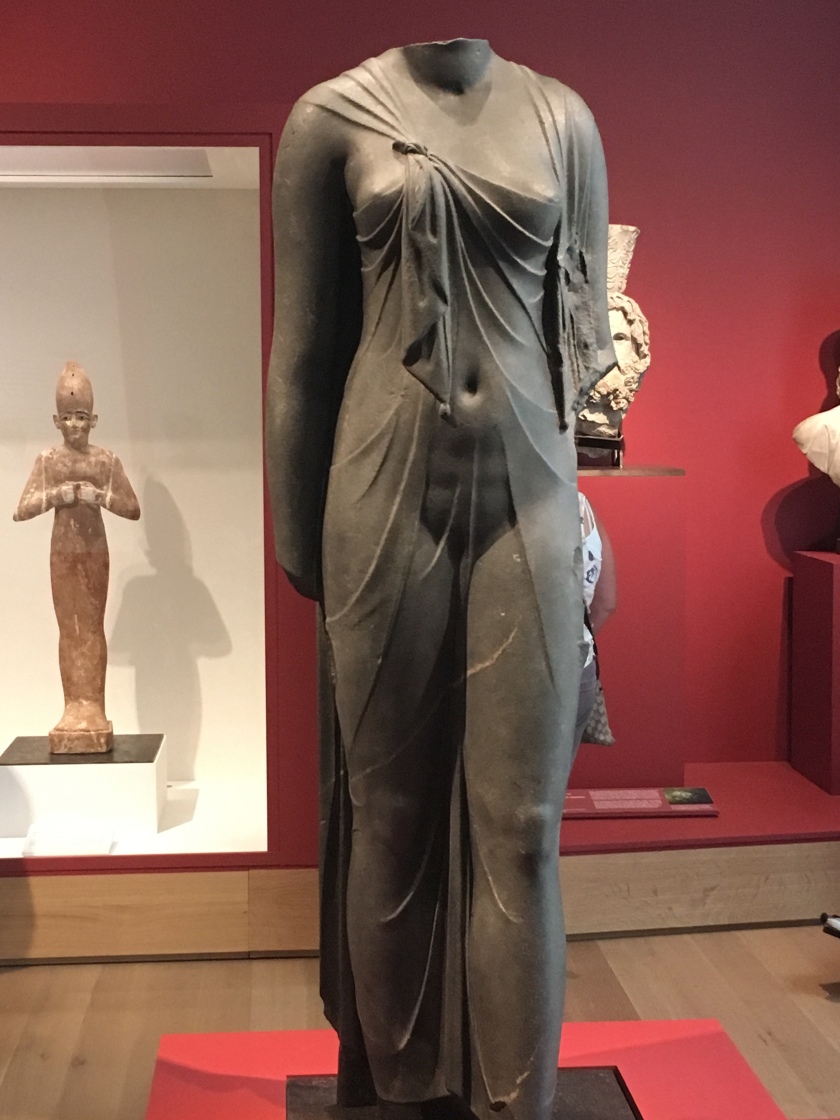 Nudity, or partial nudity, seemed to be a unifying factor amongst multiple statues in the exhibit, showing the exemplary idealization of the feminine form, but what I found particularly fascinating about this statue is the artistic mastery of depicting sheer fabric out of the stone. This strategy, a particular favorite of mine, can be seen elsewhere in ancient art, i.e. Giovanni Strazza’s The Veiled Virgin.

If you have the chance to visit any of the current or upcoming cities already slated to host this exhibit, I do recommend it.

St. Louis was the first North American city to host this exhibit so keep an eye out for upcoming cities later in 2019 and beyond.