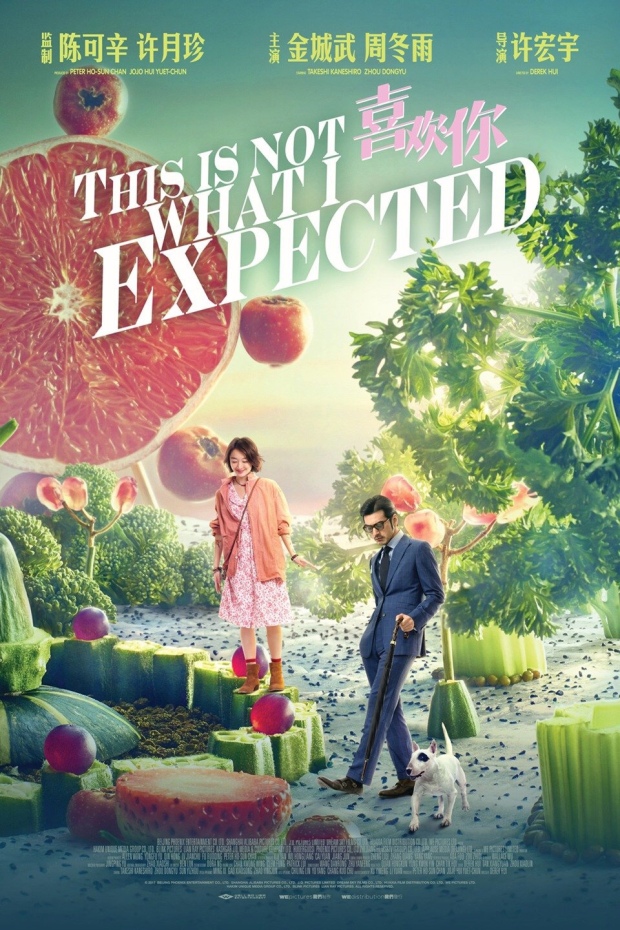 A standalone film, This Is Not What I Expected is the story of a foodie hotel buyer and an unorthodox, but highly talented, sous chef with a flair for mischief. When Gu Sheng-Nan (Dongyu Zhou) is dumped by her boyfriend/boss, she throws herself into her cooking, stirring up those strong emotions into a culinary experience that catches the notice of potential hotel buyer, Lu Jin (Takeshi Kaneshiro). It should be love at first sight, however, after a disastrous first encounter between the two, and subsequent awkward interactions that firm Lu Jin’s opinion of Gu Sheng-Nan as a klutz and a menace, there is little chance for either of them.

Comical chaos ensues as Lu Jin ignores the hotel acquisition in favor of attempting to pin out which of the male staff is HIS stellar culinary star even as he is attempts to evade Gu Sheng-Nan, and her penchant for trouble. When he discovers that the very person he has been trying to avoid is the same person he’s been seeking all along, well, things get interesting.

I found this to be a lot of fun although some of the situations are highly improbable and perhaps, would not be as entertaining if occurring in real life. If you enjoy romantic comedies with elements of drama and cuisine, then you may enjoy this too. Take a look and share your thoughts below. Have a great day and remember, keep reaching higher!